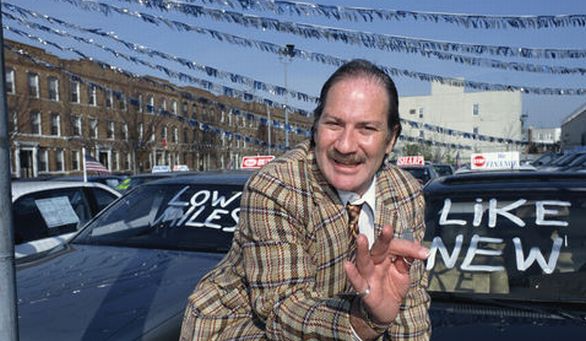 One may wonder at the cost of buying a union, well you really can’t buy one like you would buy a used  car but, if you’re involved in the filthy factional dealings of right wing politics of the Australian labor party, then you are in a position to slide up to any salesmen dressed as a pox doctor’s clerk and do the deal of a lifetime as long as you belong to the right faction.

The disgraced and  scandal ridden Health Services union was one such case of naming your own price to buy a portion of an industrial organization with a once rich history of representing its members.

Like a dodgy company going broke overnight leaving its employees devastated and without their entitlements and in some cases not paying compensation for employees who have been awarded damages by the courts for deaths and serious injury. Phoenix companies raise out of the ashes ,open another company under a different name under the same directors and continue to trade under the new company name. No entitlements or judgements by the courts under the previous company name and the employees are left high and dry.

The Health Services Union is not unlike a Phoenix company leaving it members without any representation while robbing and plundering the union of valuable financial resources.The cost to the ALP to buy this union was $230.000 The previous leadership of the HSUA behaved in a way that could only be described as having their own personal fiefdom ,excessive wages that even the previous secretary Kathy Jackson described as obscene,and rorting the expenses paid to officials. With apologies to previous officials of this union that represented their members without fear or favour . Jan Armstrong,  Joan Beard and Gail Gills come readily to mind.

Asmar was a previous Mayor in the city of Darebin in Victoria but left the post of councillor in rather dodgy circumstances. The Victorian Ombodsmam was in the process of an investigation into the council amid allegations of corruption you could see Dianna slipping and sliding in the shit she had left behind.

The honest members of Darebin council are still waiting anxiously for that report that was completed 6 months ago. Who knows if a deal has been done.

I still reckon that if it looks like a duck,waddles like a duck and quacks it probably is a duck , if the  Ombudsman’s report ever sees the light of day you would have to think was there a deal done. Let’s wait and see!

Now Dianna Asmar has turned up as the new secretary of the HSUA  number one branch after spending $230.000 from slush funds set up by Ceasar  Melham Secretary of the now famous Australian Workers Union , slush fund fame

Melham is known to have set up a fund worth $500.000 to assist right wing unions in their re election campaigns and is the sole signatory of the fund called Industry 2020. Where does $500.000 come from ? well it’s extracted from employers who attend and generously contribute to Melhams fund in order to have only Yellow unions to contend with.

When I spoke to Asmar and asked where she was raising the money to do 6 mail outs to members along with 2 cd’s to every member she said that she sold raffle tickets and held the odd BBQ in her back yard – $230.000 worth!!! NO That’s Bullshit!!

This is a union under the same control of the right wing factions of the ALP that chewed up and spat out the old leadership when it suited them, my prediction is that not much if any will change.

The old leadership of Jackson and Balano never delivered for the membership who have not had a pay rise for over 3 years .I can only hope this union  membership may reap some benefits after all the union is now controlled by some influential people in the Gillard Government

The sad fact of the recent elections is that a rank and file group made up of totally clean skins working for the the members won the election in the number 3 branch, unfortunately  the rank and file groups contesting the number 1 branch were unable to match the massive slush funds contributed by employers and such unions the AWU, the Transport workers and National union of workers and the plumbers union, made sure that workers have no control over the officials of the number 1 branch and no control over its officials.

I write as I speak although in my younger days I left school in primary grade 6 but I hade a succession of men in white wigs always trying to advance my education by granting me scholarships in Government institutions.

Another hiccup in my understanding … END_OF_DOCUMENT_TOKEN_TO_BE_REPLACED

Find the archive of radio … END_OF_DOCUMENT_TOKEN_TO_BE_REPLACED