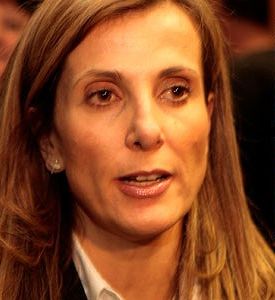 Australian Union leaders have disproportionate influence and hold a power sway over the federal government due to back room deals indulged in by right wing factional leaders of the trade union movement.

Many decent hard working union officials have known this for many years, but now the best kept secret in town has been revealed via leaked confidential American diplomatic cables

Health Services Union national secretary Kathy Jackson claimed that “she and other union secretaries wield at least as much influence as junior ministers … by controlling who is elected to parliament“.

Whoa there girl, is this the same Kathy Jackson that heads the infamous health services union that has been rocked by scandals of sexual misbehaviour, credit card misuse such as charging for escort services using members’ money, exclusive dining at very expensive restaurants, sexual and physical assaults on any member that challanges the status quo within this moribound organisation.

This is the most disfunctional and corrupt union that I have witnessed in my 45 years as an active trade unionist.

Take into account that the infighting within this union resulted in the former Victorian state secretary Jeff Jackson and his loyal sidekick, Shaun Hudson, recently being paid hundreds of thousands of dollars to stay away from the union.

Read my earlier blog titled {Which Union?} to see the depths Kathy Jackson has allowed this once good union to sink to .

All for her own power and for the sake of the right wing factions in the ALP. As general secretary she is paid in excess of $175,000 per year while the members of her union try to survive on the lowest wages possible, yet they are still required to pay up to $10 per week on union dues.

Three years ago she was elected by her factional collegues to the position of vice president of the Victorian Trades Hall Council, a very powerful and influential position representing workers in Victoria, regrettably this was an honorary position and she only turned up for 1 meeting in 2 years

Yet she still has the ear of the Australian Labor party and American consular officials.

Mark Arbib lead the assasination of then Prime Minister Kevin Rudd having previously elevated him to the position through corrupt deals done behind closed doors. 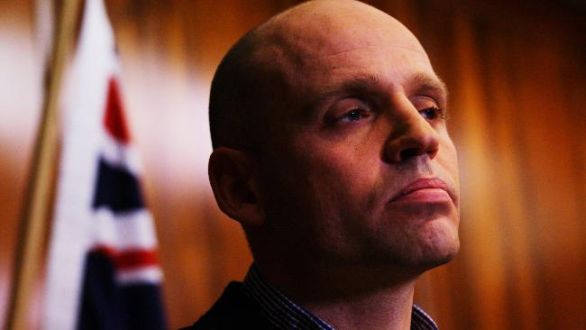 It is now known that Arbib has been having secret meetings with American embassy officials for a number of years and the dirty deal done dirt cheap in collusion with the Americans resulted in the coup to dump Rudd and replace him with Gillard. If that doesn’t take you back to the sacking of Whitlam in 1975 nothing will. I’m surprised that after stabbing Rudd in the back he didn’t run off to his political masters to see if Rudd could be charged with carrying a concealed weapon.

Mark Arbib is an elected member of the Australian parliament and paid a salary by the Australian taxpayers. Taxpayers who elected him expect that he do just that, not be a snivelling rat who, at the first opportunity, runs off to his political masters for his own self aggrandisment. 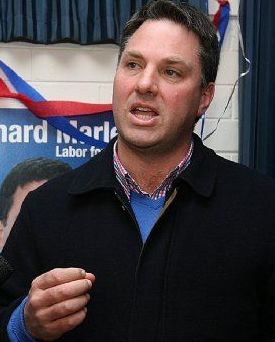 Another little political nobody is Richard Marles, former assistant secretary of the Australian Council of Trade Unions and now Labor parliamentry secretary who just couldn’t wait to get to the happy hour at the American embassy to inform them that he has “a close relationship ” with unions.

It’s interesting that before being bumped into parliament by factional deals, I was invited into Richard Marles office to conduct a interview. Well you could have knocked me over with a wet tram ticket. On the walls of his office were at least four large American flags, pictures of JFK, Jackie and a large framed portrait of Theodore Roosevelt.

Not one picture of workers that he was entrusted to represent. That’s right folks, not a dicky bird.

People such as Marles use the trade union movement as a stepping stone to get what they crave in life – power and more power. I could name 20 people who have abused the working class in order to achieve their life long goals by falsly claiming allegience to the union movement, or who get bumped into parliament after they have fallen out with their unions leaders only to be foisted onto the Australian public.

Cesar Melham the Victorian secretary of the Australian Workers Union, was quoted in the secret cables how “the AWU works diligently to place its own members in parliamentary positions at both state and federal level including Bill Shorten” . This says to me that no matter how smart or how dumb, if you belong to the right faction you will be looked after by the corrupt officials in the union movement or the political rats and traitors in the Labor party
.
We of course cant forget the other back room traitors such as “Big” Billy Shorten and Senator David Feeney along with Mark Arbib for organising the Rudd coup.

Naivete is one of my best traits because I still believe in a parliamentary democracy, in that the citizens of Australia chose their Prime Minister not some grubs in a back room deal.

Another hiccup in my understanding … END_OF_DOCUMENT_TOKEN_TO_BE_REPLACED

Find the archive of radio … END_OF_DOCUMENT_TOKEN_TO_BE_REPLACED