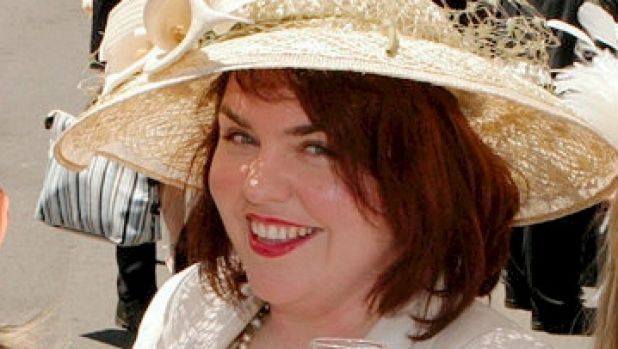 Devious, not so charming and definitely not trustworthy within the ranks of ordinary members of the Australian Labor Party, a fair description of new senate nominee Kimberly Kitching

Ugly factional deals, recommendations from the Royal Commission into trade union governance to prosecute her for forgery  and the obvious mismanagement as general manager of the Hospital Services Union must make members of the ALP extremely nervous about her past and concerned about her future performance.

The recommendations flowing from the Royal Commission and the fair work ombudsman naming Kimberly and Asmar being involved in the forging of right of entry permits must be proceeded with haste , or is the fix in!!!

Kitching is the labor party equivalent of Pauline Hanson as a perennial candidate since the inception of the party.

The late Joan Kirner, former Labor party premier, refused to have any association with Kimberly or those associated with her and vigorously opposed her pre-selection in the western suburbs in 2013  She showed remarkable insight into the thugs and spivs operating in the party.

Kimberly has of course had a dead weight on her shoulders in former husband Andrew Landeryou. He has continued to bring her down to his level as the grubbiest factional player in the labor party.

Opposition leader Bill Shorten is a personal friend of both Kimberly and Andrew and is said to be a close confidant and advisor. Both are frequent visitors at the Shorten household.

Andrew has been refused membership to the Labor party because of past practices, he is a lurker and a grub so why is he a advisor to Shorten ?

Kimberly and Asmar have excelled disgracefully in factional politics and the abuse of positions in the Health Services Union dragging the union and its lowly paid membership to the depths of despair.

Recently published photographs of Kitching and disgraced trade union official Kathy Jackson dressed to the nines hobnobbing at Flemington racecourse will be permanently seared into the hardrive of members treated like shit and denied fair wages over the years.

Kitching and Jackson of course will never have the arse out of their pants they have benefited enormously whilst low paid orderlies, cleaners and kitchen hands have been subjected to the HSU being used as a factional plaything while languishing at the bottom of the greasy wages pole.

Kitching was declared bankrupt after a dodgy deal with one of Australia’s richest men Solomon Lew, following a deal her shifty husband had negotiated with Lew went belly up, Lew sought damages of $3million , Andrew scarpered  off to of all places, Costa Rica, leaving the missus to sell her multimillion dollar house in Parkville .

The grub’s father was also sent bankrupt, Andrew is  about  as  tough as the skin on a rice custard yet he is a confidential advisor to Bill Shorten.

Rank and file members of the ALP are scratching their heads as well as their backsides coming to grips with such a disgusting deal done without consciousness and without merit.

They say you can chose your friends but not your relatives I wholeheartedly agree so let’s look at some of the friends  Kimberly heartily embraces responsible for getting her over the line in the  grubby race for the senate .

Her former partner Andrew Landeryou ,David Asmar ,George Droutsas and Dean Sherriff were arrested for vandalising greens and liberal party material at polling stations and allegedly driving a vehicle at volunteers trying to stop them .Talk about the born to rule mentality don’t get in the way of these ALP thugs if you don’t agree with with their thuggish politics but in ALP circles they are treated with kid gloves because of the association with Bill Shorten.

The HSU has been used by the ALP branch stackers over recent times and current secretary Diane Asmar and her husband David have been involved in shonky practices with the Australian election  office, and Diane for lying to the Royal Commission in the forgery of documents cannot go unpunished.

Yet they remain serious players in the Labor party’s branch stacking game. The worst crime Kitching and Asmar  are responsible for is the shocking lack of respect shown to the lower paid members of the union they pretend to represent .

As a union secretary, Asmar along with Kitching as general manager, were abject failures and have overseen the wages and conditions of members deteriorate during the last five years

David Asmar is a crook, so is Landeryou, but they say there is no honour among thieves and there definitely is  none  among the carpetbaggers  and shonks in this mob, most are lower than the basic wage.

Arguably the most hated and less respected of any persons in the ALP Kitching and Asmar deserve condemnation not praise for their disgraceful conduct at the Royal Commission and Fair Work Australia.

Neither represents the aspirations of working people much less their own members while playing the power game they let down all genuine members of the ALP.

The general public deserve better ,any person facing possible charges before the commission cannot and should not be rewarded a place in parliament with serious charges hanging over their heads.

Another hiccup in my understanding … END_OF_DOCUMENT_TOKEN_TO_BE_REPLACED

Find the archive of radio … END_OF_DOCUMENT_TOKEN_TO_BE_REPLACED