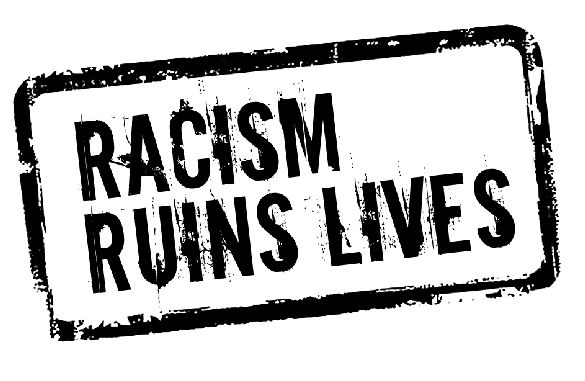 On this blog I sometimes find comments that people send me to be offensive, racist, derogatory and hate filled.

Fortunately these comments are rare, but still need to be answered and exposed for the damage they cause in our community.

I recently received a hate filled diatribe from Michael Mazur of Brunswick, claiming that the lack of fresh air, hospital services ,the lack of clean drinking water, free education, unemployment and pollution was caused by one single factor – Aliens. By aliens Michael means migrants to this country.

He went on to further claim that 100,000 thousand Australian soldiers died in wars to keep these aliens out of this country only to be swamped years later by these aliens who came to take our jobs and pollute our shores. The further I read the more I find his comments bizzare and extremely dangerous.

On the “left after breakfast” radio programme on Radio 3CR on friday mornings I mentioned to my fellow presenter Susanna Duffy that I found the comments by Mazur offensive and that I thought the days of calling migrants to this country “wogs and dagos” was thankfully a thing of the distant past. In relation to his description of migrants being aliens and the fact that he claimed 100,000 soldiers died fighting to keep these aliens out of the country, I believed my comments to be a fair description of the foul comments he had made. When he claimed that 100,000 australians had died to keep out these aliens he crossed the line of decency and was not entitled to demand  a retraction of the words I used.

My comments were made as a true reflection of what he intended to say and as a defense of the soldiers who died ,and in defense of the magnificent contribution that migrants have made to this country.

Comments such as this are a regular feature of correspondence from Mazur on a regular basis. He then has the audacity to demand an apology from  management for comments I made. The absolute height of hypocrisy.

There is not a programme I present on the radio when Mazur is not on the talkback line wanting to spew forth further offensive comments, fortunately the producers have been warned and no longer take his calls..This has been an ad hoc decision and as yet no clear policy has been instituted by the management. I remain unaware if threats that I’ve received by some people to come to the station to physically assault me have been dealt with by management.

It came as a complete surprise to me that Mazur then contacted the radio station demanding a retraction of my words “wogs and dagos” words that I also find offensive, and were used in the context of how he described migrants as “aliens”.[I’ts called fair comment] Naturally I refused to retract my statement as I firmly believe that all forms of racism should be fought where you find them.

On refusing to retract the words I was summoned before the complaints committee where I don’t believe that I was given a fair hearing. I wont delve further into the hearing except to say that I found the committees definition of “aliens” to be bizarre, and encouraging of further racist comments. So much so that I indicated an appeal even before they had came to a verdict. The next day I was informed that I would be suspended for 4 weeks from programing if I did not retract the words. At this stage I firmly believe that the committee was “aiding and abetting ” racist comments and refusing me the right of fair comment. How can a progressive organisation take the side of a racist and demand a retraction from me when the comments made by him were so outrageous and hate filled and demeaned the lives of millions of migrants to this country.

At the appeal hearing I was ably represented by my union, the Media and Entertainment Alliance by Louise Connor and advocate Lisa Farrence, after a long time at debate it was decided that the 4 week suspension would be withdrawn.    And that radio 3CR would broadcast his original racist comments with the rider that the station does not condone such comments and he would not be welcome to phone the station talk back again. The station has failed so far to indicate to me what action was taken against this blatant racism and what policies they have in place to combat it in future.

To my knowledge there is still no policy in place to deal with similar situations. Take into account here that I had a 4 week suspension hanging over my head for standing up to racism because I may have placed the station in “jeopardy” Where were the moral and ethical issues that the management had a duty to defend ?

The biggest challenge for me was not only fighting and winning an appeal over racism, but a clear victory over the processes engaged by Radio 3CR ,their lack of courage to initially take up the challenge for which they were once renowned, instead of being a rubber stamp for conservative views and outrageous racism .

I remember with some pride over the 33 years I have been with the station when we didn’t give into racists,we challenged them head on, it now seems the first thing we do these days is ring a lawyer.

Lawyers are known for their conservative views and advise retreat from a head on challenge “for the sake of the station” they declare, instead of having the courage to take on any issue such as racism .

Disappointed with the stations lack of courage in attacking racism I am still thrilled to win my appeal, but if I had not taken on the issue 3CR support for this character may have continued . I long for the day when 3CR receives a complaint from a racist and they indicate to him in no uncertain terms to go away and the station gets back to what it was originally set up to do. To fight racism! not give into it.!

Unfortunately no lawyers were injured in the compilation of this blog!!

Another hiccup in my understanding … END_OF_DOCUMENT_TOKEN_TO_BE_REPLACED

Find the archive of radio … END_OF_DOCUMENT_TOKEN_TO_BE_REPLACED