Council elections in Victoria sometimes draw the quirky,the unhinged and at times the outrageous, but living in a democracy we are compelled to accept that some individuals stop short of advocating conspiracy theories such as the flat earth society, the Assasination of JFK, and the moon landing.

The man  running for the  the Mayor in the upcoming elections in the city of Darebin elections, however, has a particular bent in his outdated attitude towards women and gays in his bailiwick.

Considering you’re running for an offical position in a municipality extremely aware of the position of women in society, one should be aware of what you say in public or put in writing on social media.

Brian Sanaghan the Don Quoxite  of local council elections has just about blunted his lance tilting at dilapidated windmills with his latest unprecedented and antiquated  attack on women, and gays.

Should any woman or gay person disagree with Brian Sanaghan – firstly, if you’re a woman then you’re a Femmo Nazi. Secondly, if you’re gay you’re greedy, he calls them “dinks who fail to procreate and only spend their wealth on themselves”.

Let me quote verbatim from Brian Sanaghan, here are his words on social Media.

“The gay community is the most privileged in the land. The epitome of dinks .Double income no kids, two incomes to spend entirely on themselves”

Yep , greedy according to the bloke who wants to be the Mayor of Darebin.

I recently wrote a piece expressing my disgust at the Victorian police failing to prosecute former Lord Mayor of Melbourne Robert Doyle on counts of sexual assault and harassment.

I was surprised by the number of people ,mainly women, who commented on the piece agreeing with my sentiments,  approximately 90 comments in favour, all except  for one, Brian Sanaghan the wannabe mayor of Darebin.

He stated that women are attracted to men in power and probably bring it upon themselves, but he wasn’t as smart as a four year old and he put it in writing. 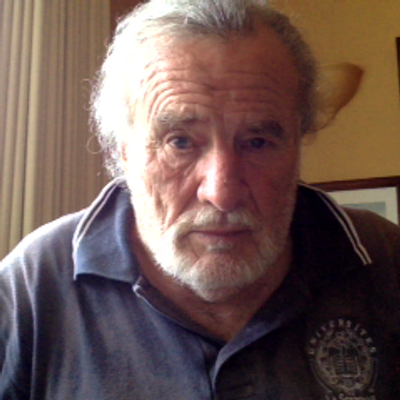 It was now time for him to release all the bile and built up hatred  formenting over the past 73 odd years, you’re entitled to think what makes this wannabe mayor so anti woman and anti gay, losing half his voting audience before voting day , we’ll don’t think too hard it’s called relevance deprivation.

Brian in all his accumulated wisdom says he doesn’t want women or gays to vote for him because because he won’t submit to the doctrinaire of the femmo nazis or the gay pride mob.

I know Brian Sanaghan will be spectacularly unsuccessful in his attempt to be the mayor of the city Darebin ,but he will add a sense of absurdity to what is usually a mundane affair.

Another hiccup in my understanding … END_OF_DOCUMENT_TOKEN_TO_BE_REPLACED

Find the archive of radio … END_OF_DOCUMENT_TOKEN_TO_BE_REPLACED