To dispel a few early rumours, I was born at the Royal Womens Hospital in Carlton. I went there because my mother was there at the same time. I was a breech birth so I came out feet first, hit the ground early and been running in the right direction ever since except for a few hairy bends along the way.

My working life began at the ripe old age of 8 selling the afternoon Herald and the Sporting Globe outside of the Royal Melbourne Showgrounds every Saturday night at the red hots ( trots ). It cost 3 pence for my brother Michael and I to catch the number 59 tram from our humble abode in Arden st North Melbourne to the Showgrounds but if we were loaded up with newspapers the Connies let us on for naught.

Believe me it was a hard slog for a few hours but always good for tips if punters had a good night. A Bob or two in tips made the measly earnings seem like a king’s ransom to 8 and 10 year old boys swinging on the tram straps on the way home to our humble shack in the middle of Kangaroo territory.

The turning point in my newspaper days was when I walked from Arden st to the corner of Racecourse and Flemington every day beginning at 6 am earning about 7 shillings and 6 pence for the whole week.

Well that was all about to change on the 23 November 1963 when the news came through that the President of America, John F Kennedy, had been assassinated. Well we couldn’t sell enough newspapers that day, run off our feet.

Earning the princely sum that day of 8 quid I made a momentous decision that if a world leader was to be bumped off each week I could live in the luxury that working class lads could only dream of.

Retiring at the age of 13 was not a very smart move and 8 quid a day could only last so long. Hitting the skids at such a young age saw me take some wrong roads that would eventually lead me to today.

Although my education was cut short I seemed to continually have a succession of old men dressed in long black robes and sporting horse hair wigs wanting to advance my limited educational opportunities by offering me further education in government institutions with parole the only inducement to graduate. 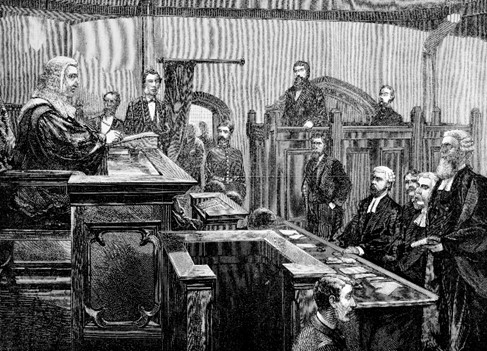 Getting back to the then working class sport of AFL football, playing for 10 quid a game or even less if you lost, ruled our lives living only a 100 metres from the gasometer oval. We were both to go on the successful football careers with the Kangas. My brother played a number of games but, unfortunately on the cusp of a brilliant career, I found the opposite sex.

I worked as a underage and illegal forklift driver on Melbourne’s wharves at 15, my father was a wharfie also but I worked in superior conditions because of the actions of militant unions .Fair dinkum unions!!

Jobs came and went due to the whims of those old blokes in back robes and my total disregard for authority but I was on a steep learning curve.

Another stint on parole culminated in employment in a winery where, after a short time, I was elected shop steward for the Storeman and Packers union.

1968 saw the jailing of tramways union secretary, Clarrie O’Shea. My first foray into militant union action! My head could have exploded with pride when my factory joined in million of workers striking in defence of trade union principles.

Another hiccup in my understanding … END_OF_DOCUMENT_TOKEN_TO_BE_REPLACED

Find the archive of radio … END_OF_DOCUMENT_TOKEN_TO_BE_REPLACED