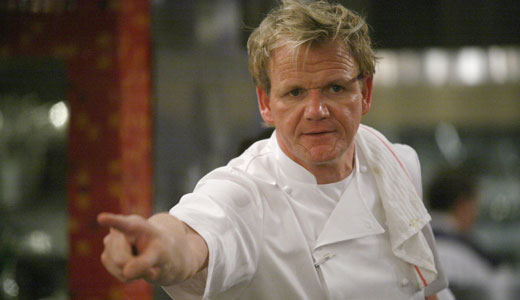 If you’re a top class chef or some calorie enhanced petty criminal you can rest assured that if you have a high flying manager you can get maximum publicity from media outlets in this country.

Pissing against a window or raising your middle finger if you’re an AFL footballer is about enough for you to earn public condemnation with the media baying at your heels calling for a public flogging. It’s just not good enough and sets a bad precedent for children.

All according to media commentators such as Gods representatives here on earth, Neil Mitchell, Andrew Bolt and of course the Herald Sun .

If your a criminal or a gangster’s moll or even a foul mouthed second class chef you can rest assured some morons will read every comment look at every picture or watch your newest television programme, or at least some cretins will.

Turning on the television 12 months ago I heard Gordon Ramsey refer to a restaurant owner as an arrogant french cunt – at 8.30 in the evening .

Hearing his latest comments in relation to Tracy Grimshaw just goes to prove that he is a pig in a chef’s outfit.

What does this sort of publicity do for Ramsey? It assures him that more morons will watch his television programmes,  buy his books or turn up for his cooking lessons enmasse

We should say fuck you Ramsey. We don’t need your foul mouth comments or your outdated attitude towards women, go and dip your left eye in cocky shit.

He reminds me of a rat with a gold tooth. My only regret about this bloke is that he draws breath on a regular basis and of course I would not like to to talk about his private sex life knowing that he uses his personality as a form of contraception.

So who gives this bloke his oxygen? Who gives “fat” Mick Gatto the intestinal fortitude push on through perceived persecution, or well known gangsters moll Roberta Williams?  Enough semi naked photos of this women is enough!

The Herald Sun that’s who!

The same newspaper that extolls greater power for the police force in  its attempts to curtail our civil liberties .

The newspaper that screams about the violence on our streets day after day and has Fat Mick on page three, Roberta on page four and Ramsey writing a regular column somewhere in the middle. Aren’t Fat Mick and Roberta common every day crims? Yet they make heaps of money from the media

The media promote the criminal element by advertising their books or their upcoming series in relation to crime. Chopper Read is a good example known to those who served time in prison with him to be a “dog ” and “a give  up”  and of course he shot and bashed his way through life. If Chopper wants to advertise a new venture, rest assured the media will be there to promote it.

Do you wonder why you can see a regular photo of Fat Mick in the Herald Sun? Remember Cory Worthington? Yep, same agent. Mark Markson .

Back to Gordon.  No, fuck Gordon, I couldn’t care if  he was poked in the eye with a burnt cucumber !!

Don’t take it to seriously though, the whole Ramsey thing was a set up, front page Herald Sun publicity, front page No idea magazine  and the Womens Weekly (which comes out monthly) was in on the act and is sure to tell us about Ramsey’s mother’s love tryst with a one legged female axe murderer.

No petty crims  or pommy chefs were hurt during the writing of this blog.

Another hiccup in my understanding … END_OF_DOCUMENT_TOKEN_TO_BE_REPLACED

Find the archive of radio … END_OF_DOCUMENT_TOKEN_TO_BE_REPLACED